My name is Rok Mikuletič and I’m from Ilirska Bistrica.

I’ve been a nature and animal enthusiast for as long as I remember. Since my early childhood, I’ve spent most of my time outdoors, in nature, and my favourite television shows were animal documentaries. These were shown quite rarely, usually on Sundays, and I rarely missed one.

In my youth, my interest in living creatures went through several distinct periods. My first fascination was with snakes. My interest in these creatures—repulsive to so many—was such that I must have owned almost every book on this topic that was available in Slovene at the time. I knew most of them by heart. I knew the exact pages where I could find a particular species. I could list more than 150 of them, their basic characteristics included, without looking anything up. In an odd way, snakes frightened me, and in fact, they still do. I believe there are two reasons for this fear. The first is that, unless a snake is feeling threatened, it’s difficult to discern any emotion from its face. The second reason is the unpredictable way snakes move. This unpredictability and inscrutability are likely also the main reasons for my fascination with these creatures.

In a few years, once I’d thoroughly explored this branch of reptiles, my enthusiasm shifted towards ungulates, more specifically deer. The internet wasn’t really an option back then, so it was very difficult to find any information beyond the basics on these animals, with the exception of the native red deer. I would read textbooks and spend lots of time in the libraries, all in the hope of discovering something, anything new. Deer were also rarely featured in documentaries – the audiences usually prefer the more exotic species like tigers and elephants. My enthusiasm for these animals remains to this day. In my eyes, the red deer is the king of the Slovenian forest – self-assured and majestic, yet always cautious and elegant.

The next stage saw another shift in the focus of my research, this time to freshwater fish. I became passionately interested in rivers and lakes, as well as the many creatures inhabiting them. As early as in elementary school, my friends and I would go fishing and exploring the nearby stream.

In summer, during times of drought, we would move fish from dried up pools to more free-flowing sections of streams. Some of the fish, of course, ended up as lunch. Through the years, this enthusiasm only grew, so I became a member of a fishing club, practising catch-and-release fishing. I was a very active member, often taking part in fish stocking operations in rivers and lakes. During this period, I spent much of my time at the reservoir lakes in our municipality. In the long hours of waiting for the fish to bite, I often witnessed spectacular nature scenes but had nothing to capture them with. My parents soon bought a compact camera and the journey slowly began. For quite a few years, the camera was my constant companion on my trips in nature. I took chance photos of birds, frogs and snakes, but it was all still very much a beginner’s effort.

Once I’d earned enough money, I began contemplating buying my first professional-level DSLR camera. I hesitated for a long while, pondering whether it was a prudent decision. Eventually, I gathered the courage and bought the camera, along with a telephoto lens.

This began a new era of my nature exploration. Since then, I’ve spent every moment of my leisure time in nature, where I keep rediscovering the beauty and purity of intact Snežnik forests. I am immensely fortunate to live in such close vicinity to this gorgeous part of the world.

Where does this fascination with nature come from?
When you spend this much time—hours, days, months—outdoors, watching animals in their natural habitat, you soon discover how simple and functional everything is. How unique and free of fakery. A rabbit reckless enough to emerge from its den onto a wide-open plain during daylight will soon find itself looking at the world from a bird’s eye view, caught in the talons of a golden eagle. No complications – no paperwork.

You’re here today and gone tomorrow. It doesn’t matter if it’s Sunday, a holiday, if you’re in a good mood or if you’ve had a bad day … Nature and animals are out there, doing their own thing, just as they have for millions of years, and I hope it stays that way. That’s why I have decided to bring this primal world, these remarkable scenes I sometimes manage to capture with my camera, to you. Let’s not forget—animals roamed this land thousands of years before we did and developed well-established patterns of behaviour. They are not lesser creatures. Sometimes, all it takes is to sit down, wait, listen and observe; you will soon notice that nature never sleeps. This way, you will be able to truly experience it, and once you’ve experienced something like that, you will respect it and want to conserve it for the future millennia. 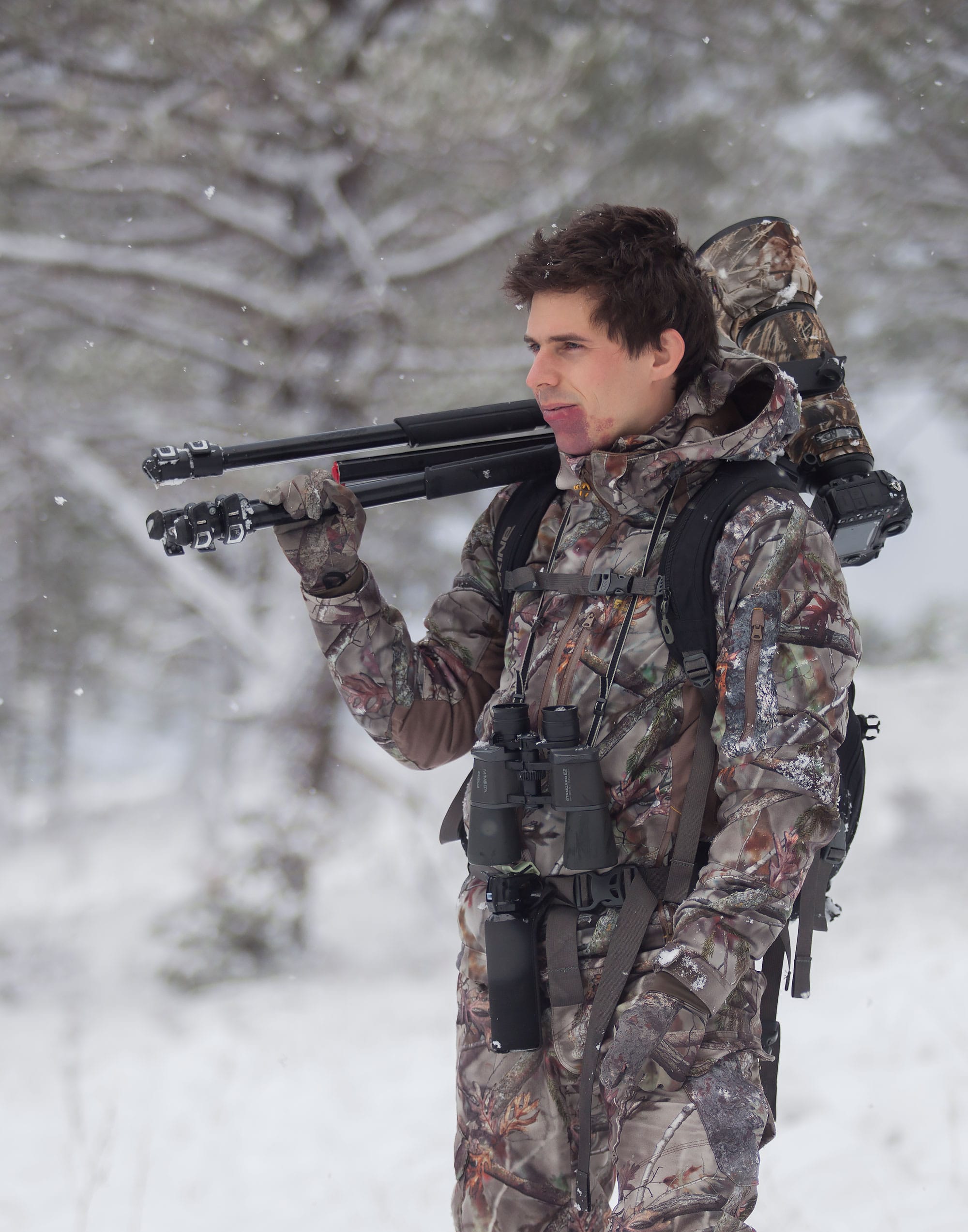